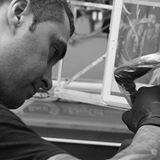 One of the interesting things about my role as business adviser is the diversity of people and businesses I come into contact with.

One such person is Przemek Shamack Malachowski.

Shamack is one of the happiest businessmen I genuinely think I have encountered in the last 9 years assisting people in Blackpool start a business.

To start at the beginning, I first encountered him several years ago when he was working as a tattoo artist at The Dragons Den in Blackpool. He explained it had always been his dream to own his own studio and run it to his standards, and surround himself with leading artists from around the world.

His story is one of someone who has progressed his passion into a business, something many try to achieve but often fail as they forget to implement sound business logic and ethics to the passion. Knowledge and passion alone do not guarantee success!

He began his career in 2008 and concentrates on Black and Grey, Realism and Colour work, however his passion lies in Bio-Mechanical.  He is an award winning Artist, recently winning “Best of Day” at the Nottingham Tattoo Convention in April 2016.

He shares his passion with people from around the world and is co-organiser of Tatcon Blackpool, which is the only Tattoo convention in Lancashire, spanning 2 days of high quality artistry.

As you might expect from someone in his field, he does not have a pet rabbit, however, he has a Gother Snake called Caeser!

Inkden have produced some excellent videos which are well worth a view. This one produced by his partner Anna. 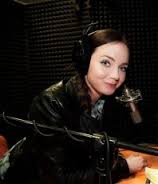 Anna is a laser specialist after receiving the highest available qualification in the UK organised by Lynton and certified by the University of Manchester school of Physics and Astronomy,  and she also freelances in journalism, photographer, pr and advertising.

There are 3 other Artists at The Inkden. 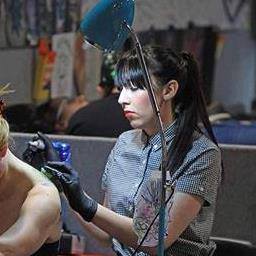 Danielle has been Tattooing since 2012 after graduating with a 2:1 in Fine Art and has progressed incredibly into her unique style of soft yet vibrant watercolour tattoos. She favours colour based work with themes such as nature/wildlife pieces and Portraiture.
She also has a love for Doughnuts and Twin peaks! 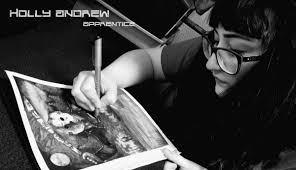 Holly has been Tattooing since January 2016 favouring bold and colourful Neo-traditional designs. After graduating with a 2:1 in Fine art in 2015, she went straight into what she loved the most – Tattoos.
She also enjoys drawing and painting and has a love for video games and tiny Scottish fold kittens. 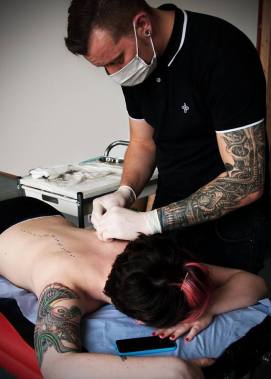 Martin has been piercing since June 2014 after being trained by some of the best Body Modification artists in the Uk. He has also travelled to Berlin; Germany where he received training in some of the most modern techniques including preforming surface piercings and surface anchors.
Martin continues to improve his skill and technique by attending seminars held by the APP Association of Professional Piercers and is also a member of the UKAPP the United Kingdom Association of Professional Piercers.
His love of high quality jewellery and piercing procedure ensures that every piercing he performs is to the highest standard.

Inkden Tattoo and Piercing Blackpool are certainly helping to change the image of a seaside Tattoo Parlour!

The Art of Tattoo is growing at a phenomenal rate and everyone from Sports people to Bank Managers now embrace this art form.  We are proud to have such skilled Artists in our mist.

One thought on “Inkden Tattoo and Piercing Blackpool setting the standard”